As a direct result of the small shoot I did with the Brazilian Rainbow Boa – I was commissioned to shoot a collection of snakes that had all been bred by their owner. As this was going to be a number of shoots – it became the Chondro Series.

Armed with the knowledge and lessons learned from the Boa shoot I had some specific requirements for this new shoot to go ahead – namely – the more natural light the better!. This also suited the owner, and so we waited for the weather to improve sufficiently enough for us to do the shoot outside as neither his or my locations promised enough natural light to be happy.

Once a time and date had been fixed and I had duly arrived – he then proceeded to show me all the snakes – specifically Chondro Pythons (aka, Green Tree Python’s) – dozens of them, ranging in different age groups from 4-5 weeks to 4 plus years…

It was a baking hot afternoon (the hottest of 2018 so far at the time) with clear skies – so we had plenty of natural light available – which also meant I didn’t need to supplement it with additional lighting. It was a pretty simple set up – black backdrop and the client holding the snake(s) on various bits of greenery and small branches for me to get the shots. 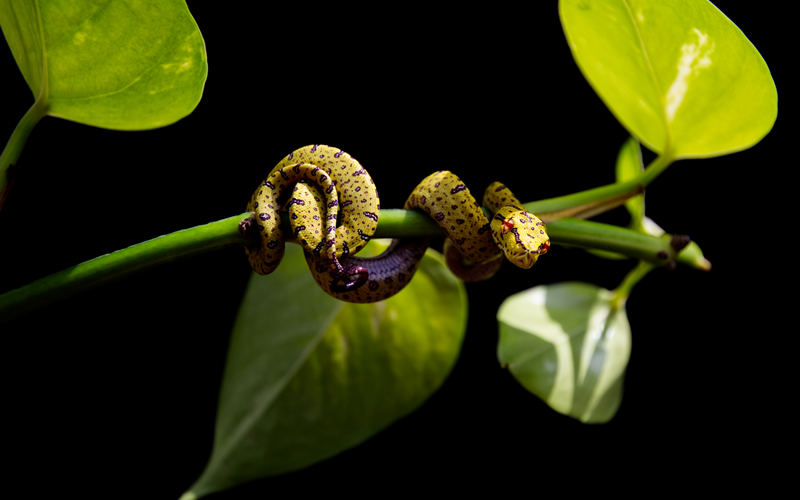 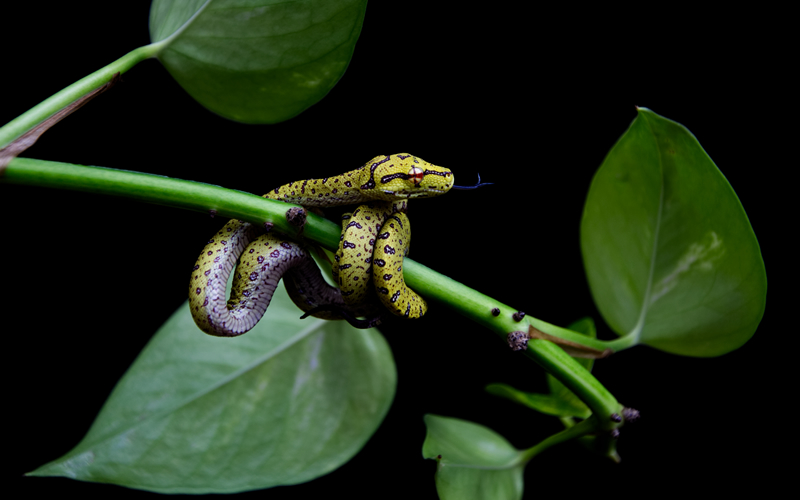 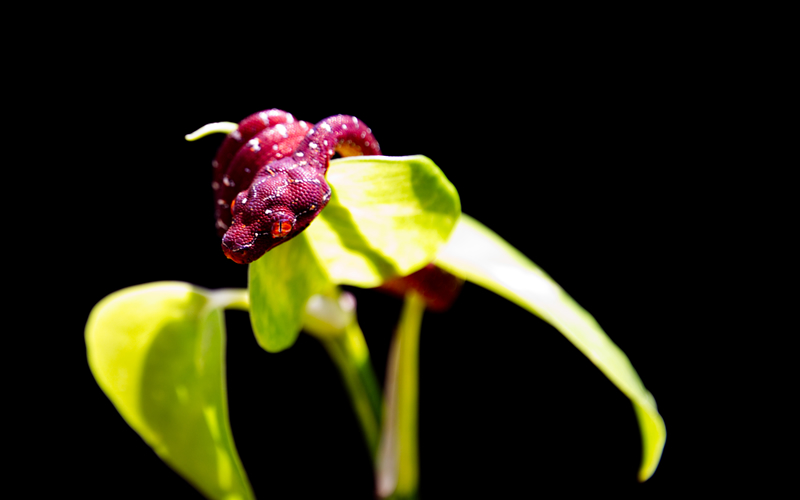 Then we moved on to a yearling (around 2 foot) – who started out red, but through the Ontogenic Colour change they all go through – was in the middle of changing to a much lighter colour. 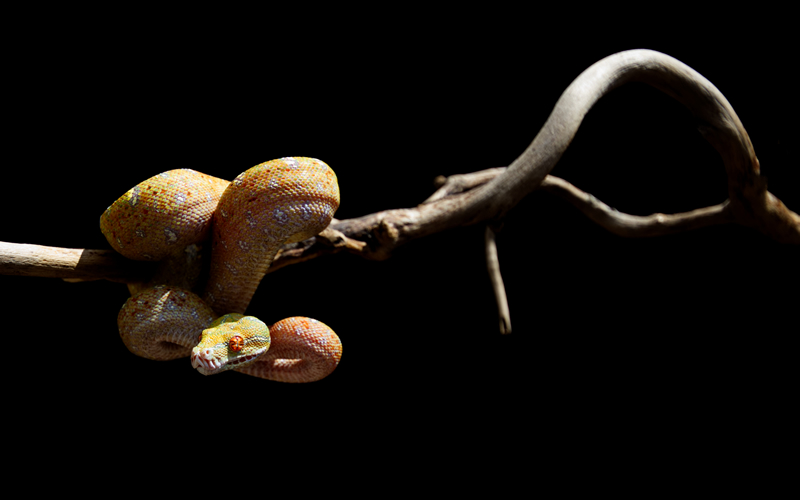 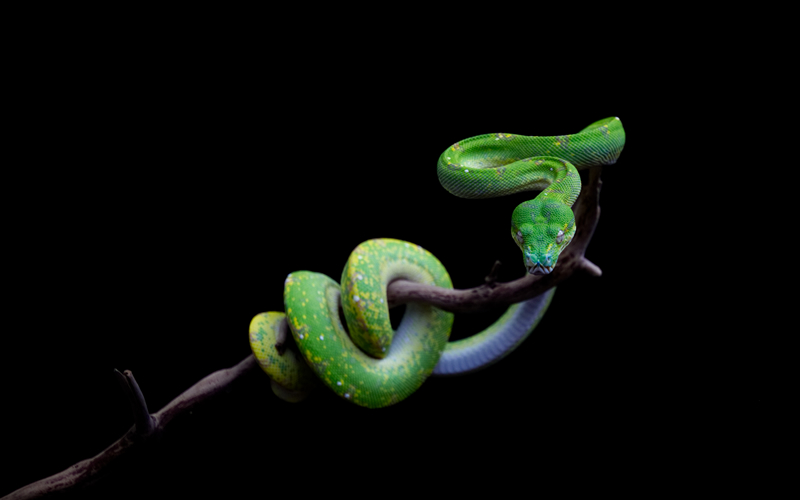 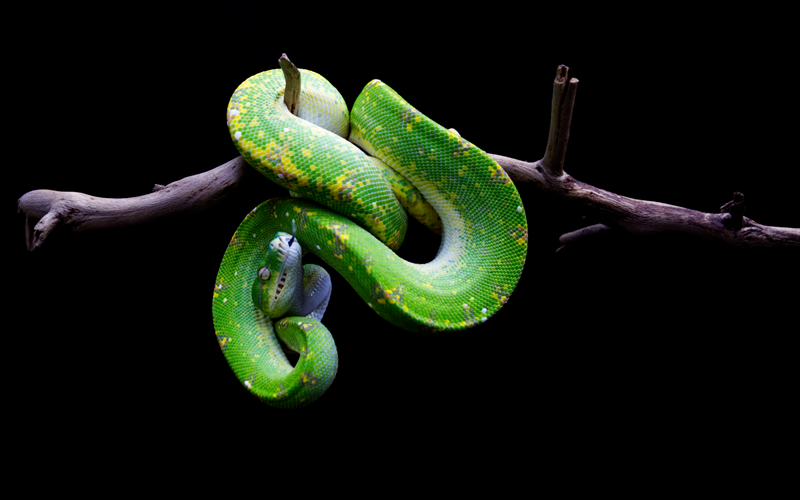 Before finally shooting a 4 year old – (around 4 foot). 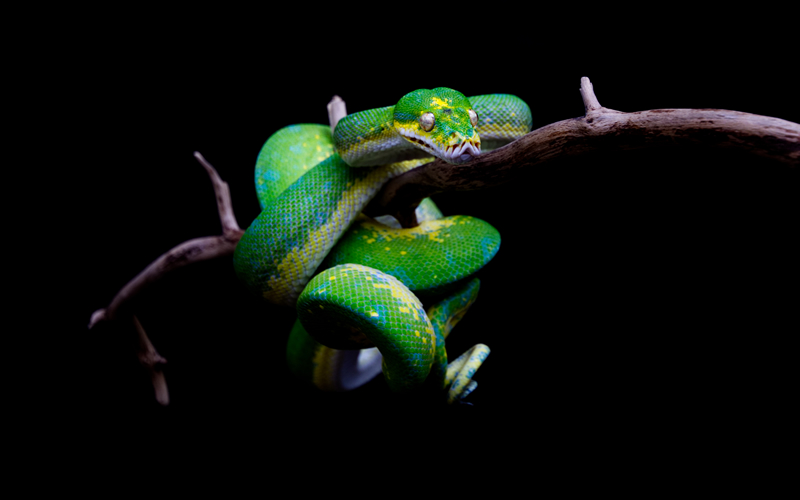 As you will have guessed from the introduction of this post – there are more shoots to come – those however will have more of a specific theme to them.

You can view the full set of images from this project in the Featured Projects Gallery.